Artwork by ArteZoe
[Eph 2:4 But God, who is rich in mercy, because of His great love with which He loved us, 5 even when we were dead in trespasses, made us alive together with Christ (by grace you have been saved), 6 and raised us up together, and made us sit together in the heavenly places in Christ Jesus].This statement from Paul has made many of u
s scratch our heads. After all, we are planted with both our feet firmly on the ground! How can we exist in two places at once? Jesus was the first person to have revelation and experience of this supernatural phenomenon: [John 3:12 If I have told you earthly things and you do not believe, how will you believe if I tell you heavenly things? 13 No one has ascended to heaven but He who came down from heaven, that is, the Son of Man who is in heaven]. Here Jesus was standing next to Nicodemus, stating that right at that moment He was also in Heaven.It becomes a bit clearer when we look at the prayer that Jesus prayed for all believers before He was crucified: [John 17:20 I do not pray for these alone, but also for those who will believe in Me through their word; 21 that they all may be one, as You, Father, are in Me, and I in You; that they also may be one in Us, that the world may believe that You sent Me. 22 And the glory which You gave Me I have given them, that they may be one just as We are one: 23 I in them, and You in Me; that they may be made perfect in one, and that the world may know that You have sent Me, and have loved them as You have loved Me]. Let’s take a closer look at the statements Jesus made in this prayer:He stated that:

After the cross the Holy Spirit was also added to this wonderful, peculiar, inseparable unity inside and outside a believer: [1 Cor 6:17 But he who is joined to the Lord is one spirit with Him].

I’d like to conclude with a personal testimony. When we still lived in Perth (Australia), one evening during a cell meeting with some friends from Freedom Life Fellowship, my friend Luke Ide had us all get comfortable across the room and he put on some worship music. I was lying on the floor and saw a picture of myself feasting at a table laden with all sorts of exotic food. I was then taken to the throne room and when I got to Jesus’ throne, He smiled at me softly, got up out of His throne and then with an irresistible grin offered me the opportunity to “have a go”.

At the time I had not quite grasped just how intricately intertwined our lives were, so I declined sheepishly, thinking that I might get an electric shock or something for wanting to sit on His throne. At the very least I thought myself unworthy of such an honor.

Jesus insisted however and I finally made myself sit down on His throne, just to jump off again after a few seconds, thanking Him for affording me the chance. He wanted to show me something much bigger that night however…

Afterwards all of us got up and shared what we had experienced, and after I had told everyone what I had seen, Luke shared the following scripture: [Rev 3:21 To those who win the victory I will give the right to sit beside me on my throne, just as I have been victorious and now sit by my Father on his throne] (GNB). Wow! I was blown away!

Through my faith in Christ I was made an overcomer: [1 John 5:4 For everyone who has been born of God overcomes the world. And this is the victory that has overcome the world – our faith] (ESV). I had been raised up from my previous life (which in essence was a grave of sin), to a position of victory in Christ, created in His image and seated with Him on His throne.

That’s why when we pray, we pray from victory and not for victory. Grasping this truth changes the entire way we pray – there’s no more begging and pleading with God; we now command life and truth into our situation! 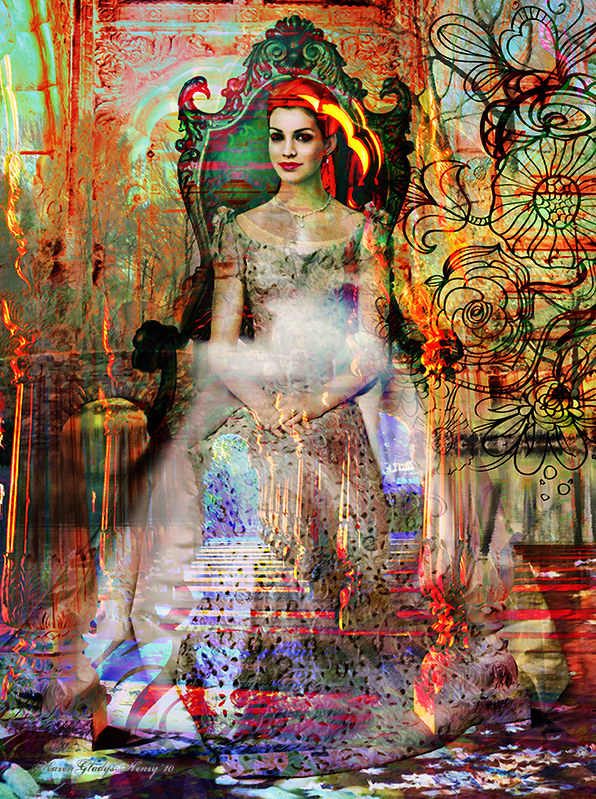