Part 3: The Ascendancy of David by Roger Dixon 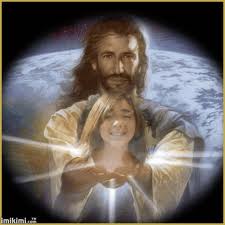 2 Sam.8:15.  So David reigned over all Israel; and David administered justice and righteousness for all his people.

For a long time after David was anointed by Samuel to be king, there was war and conflict between the house of Saul and David. Saul pursued David armed with the purpose of killing him. Saul can be seen as a type of the soul realm dominated by the flesh while David represents the realm of our spirits. Even after God meets us and we receive Jesus Christ as our savior, we find there still remains a conflict within us. Even as David of old, we have been anointed, but we find “Saul” still pursues us, creating conflicts and battles in our lives. Once we receive the Lord Jesus, it is but the beginning of “David” coming to the throne.

If we follow on to know the Lord, if we submit ourselves to His Word and leading, we find “David” growing steadily stronger and “Saul” growing steadily weaker in our lives. What this means is that Jesus Christ comes to ascendancy in our spirits and reigns over us as Lord, just as David came to ascendancy and finally ruled over all Israel. The process we go through is not a pleasant one just as David’s experience was not pleasant. David fought many battles, lived in the desert, hid in caves and did many other things while God was bringing him to the throne. The Lord also puts us through the same experience. He deals with us until there is recognition of the corruption in our soul/flesh natures and then He tells us as He did the woman caught in the act of adultery, “Go your way and sin no more.” This means we go forward with a submission in our spirits to His Lordship over us, and no more give the soul/flesh realm of Saul a place. This is not instantaneous though. “Through many tribulations we enter the Kingdom of God.”

¶ Then David said, “Is there yet anyone left of the house of Saul, that I may show him kindness for Jonathan’s sake?”

2 Now there was a servant of the house of Saul whose name was Ziba, and they called him to David; and the king said to him, “Are you Ziba?” And he said, “I am your servant.”

3* The king said, “Is there not yet anyone of the house of Saul to whom I may show the kindness of God?” And Ziba said to the king, “There is still a son of Jonathan who is crippled in both feet.”

4* So the king said to him, “Where is he?” And Ziba said to the king, “Behold, he is in the house of Machir the son of Ammiel in Lo-debar.”

5 Then King David sent and brought him from the house of Machir the son of Ammiel, from Lo-debar.

6 Mephibosheth, the son of Jonathan the son of Saul, came to David and fell on his face and prostrated himself. And David said, “Mephibosheth.” And he said, “Here is your servant!”

7* David said to him, “Do not fear, for I will surely show kindness to you for the sake of your father Jonathan, and will restore to you all the land of your grandfather Saul; and you shall eat at my table regularly.”

8 Again he prostrated himself and said, “What is your servant, that you should regard a dead dog like me?”

9* ¶ Then the king called Saul’s servant Ziba and said to him, “All that belonged to Saul and to all his house I have given to your master’s grandson.

11* Then Ziba said to the king, “According to all that my lord the king commands his servant so your servant will do.” So Mephibosheth ate at David’s table as one of the king’s sons.

12 Mephibosheth had a young son whose name was Mica. And all who lived in the house of Ziba were servants to Mephibosheth.

13* So Mephibosheth lived in Jerusalem, for he ate at the king’s table regularly. Now he was lame in both feet.

After David finally is established as king over all Israel, he then remembers the house of Saul and his friendship with Jonathan, Saul’s son. This relationship with Mephibosheth is a type of the relationship between soul and spirit after the Lord begins to reign as Lord in our spirits.

Notice that Mephibosheth is lame in both feet. This signifies our soul life under the dominion of our spirits. The soul becomes “lame,” no longer able to function or have an independent expression apart from Christ’s Lordship over it. Mephibosheth means “exterminating the idol.” Verse 6 is significant:

6 Mephibosheth, the son of Jonathan the son of Saul, came to David and fell on his face and prostrated himself. And David said, “Mephibosheth.” And he said, “Here is your servant!”

Mephibosheth came and prostrated himself before David. He proclaimed, “Here is your servant!” This is the relationship we want between our soul lives and our spirits. We don’t want there to be a conflict between what we desire and what God desires for our lives. Jesus fulfilled this soul and spirit relationship perfectly: “THEN I SAID, ‘BEHOLD, I HAVE COME (IN THE SCROLL OF THE BOOK IT IS WRITTEN OF ME) TO DO YOUR WILL, O GOD.'” Jesus was perfectly focused. Every part of His being was set upon the will of the Father.

When this spirit-soul relationship becomes right within us, something very beautiful begins to take place. It is typified in the seventh verse:

7 David said to him, “Do not fear, for I will surely show kindness to you for the sake of your father Jonathan, and will restore to you all the land of your grandfather Saul; and you shall eat at my table regularly.”

Jesus said that whoever seeks to save his soul life will lose it but he who seeks to lose his soul life will find it. As we lose our soul life with all its independent wants and desires, we find that realm resurrected in Christ’s Lordship over us. We find our soul lives can begin to be an expression of His nature, His attributes. This is illustrated in all the land being restored. We find that what feeds our spirits also feeds our soul lives. This is typified in Mephibosheth eating at David’s table regularly.

← Part 2: The Realm of David by Roger Dixon
Don’t Eat at Jezebel’s Part 1 of 4 Table by Robin Kirby-Gatto →